In R, these and other statistics are very easy to find with the function favstats(). Create a variable called outcome and put in these numbers: 5, 5, 5, 10, 20. Then, run the favstats() function on the variable outcome.

Realizing this limitation, let’s look below at the distributions of several quantitative variables. For each variable, make a histogram and get the favstats(). Then decide which number you think would be a better model for the distribution – the median or the mean.

Variable 1: Students’ Self-Predictions of GPA in the Fingers Data Frame

Note that there are two ways of asking favstats() or gf_histogram() to retrieve a variable that is inside a data frame: by using the $ like this: favstats(Fingers$GradePredict); or by using a combination of ~ and data = like this: favstats(~ GradePredict, data = Fingers). We prefer to use the latter version with the tilde (~) because it will work better with other functions we will learn about. 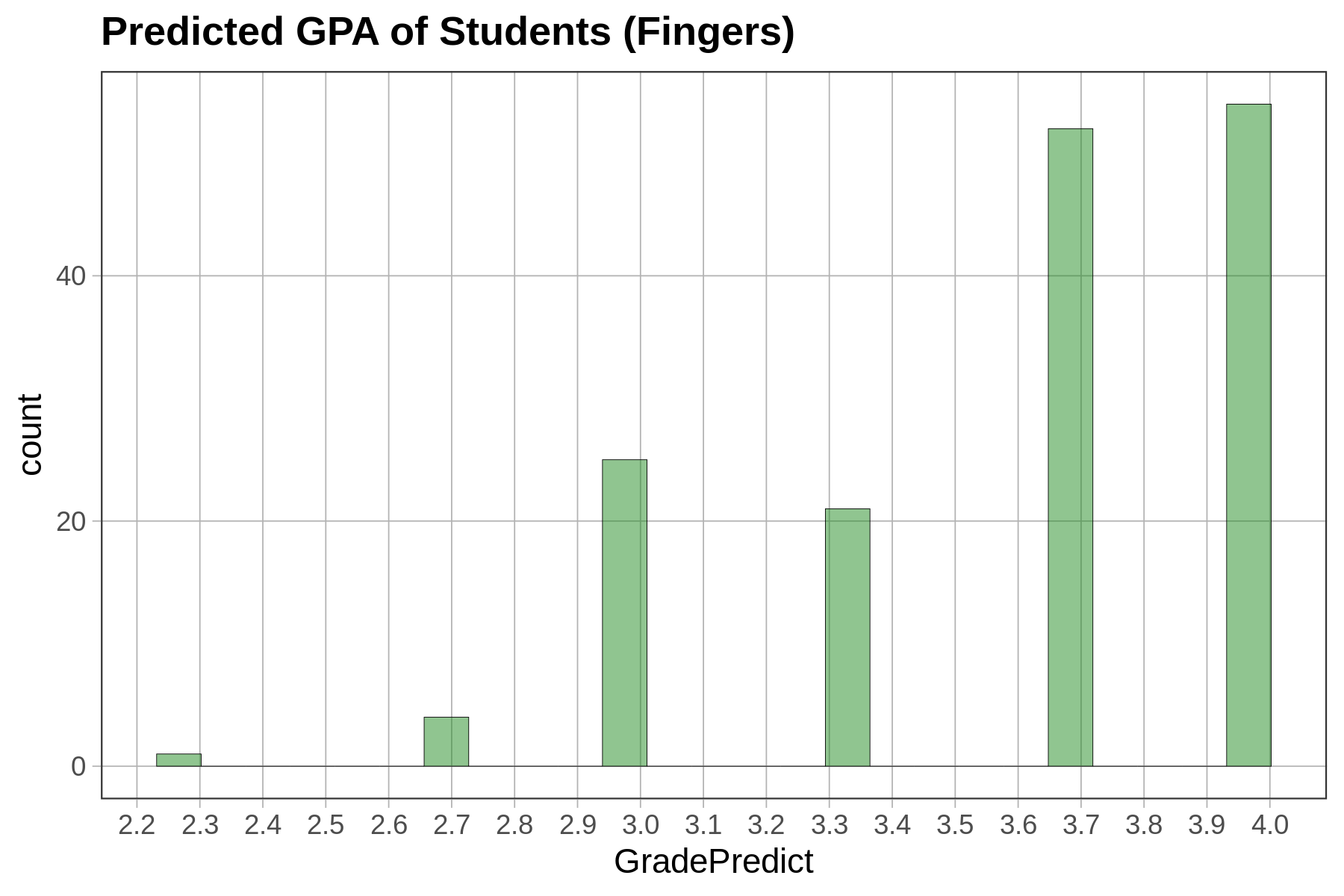 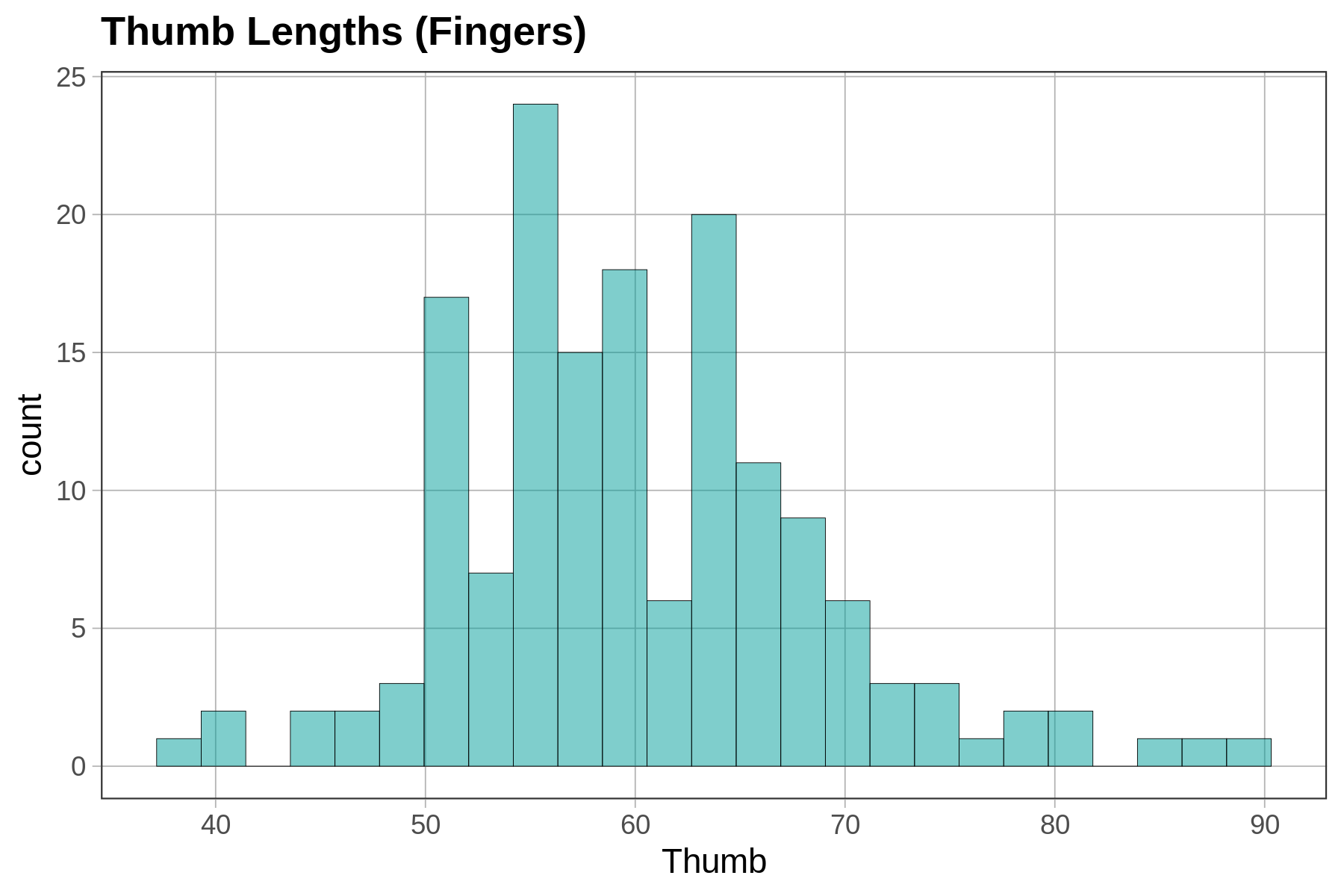 Variable 3: Age of Housekeepers in the MindsetMatters Data Frame 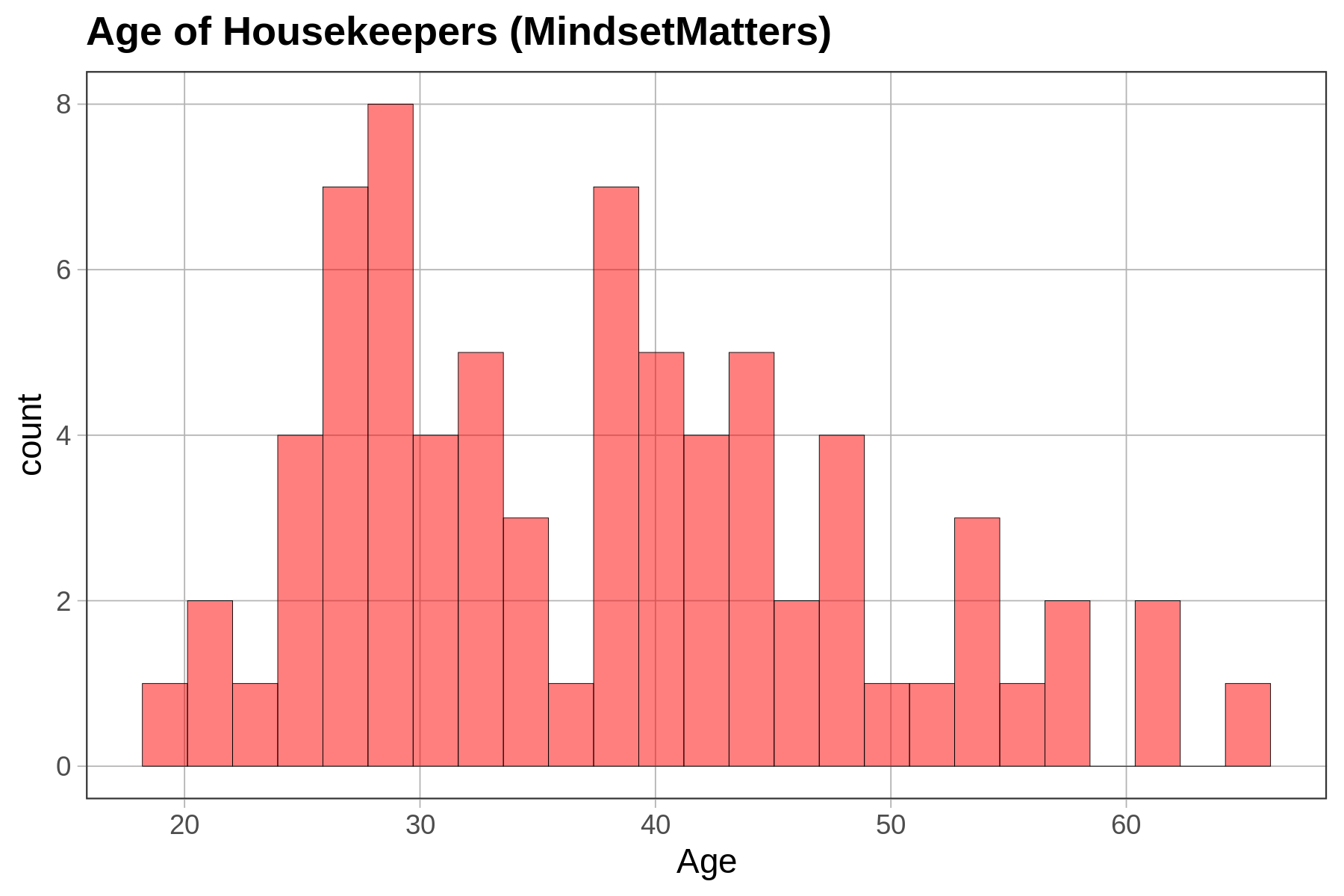 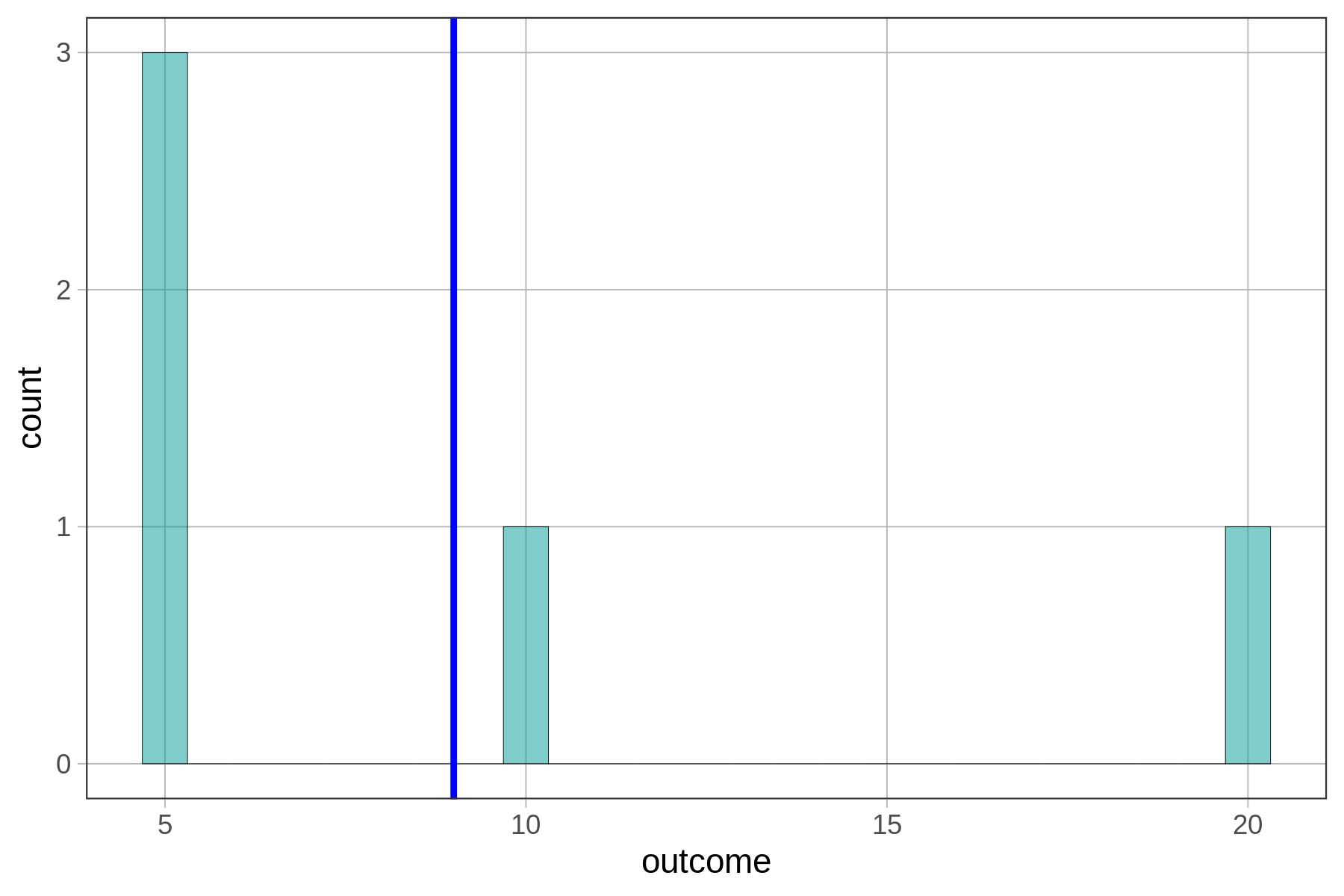 Try modifying this code to draw a purple line for the median of this tiny set of numbers. (The median is 5.) 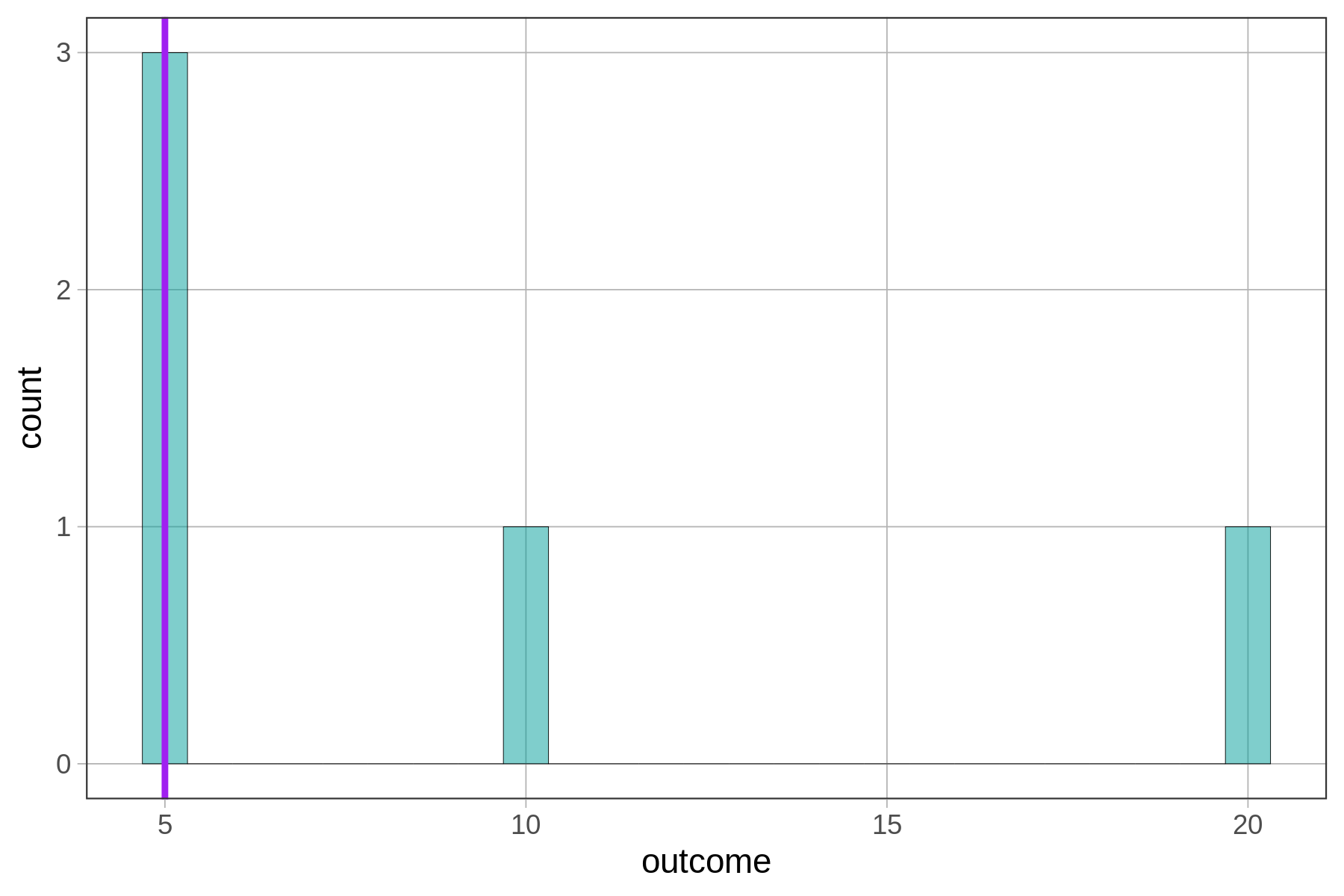 You can string these commands together (using %>%) to put both the mean and median lines onto a histogram. (This time, we used the mean() and median() functions instead of typing in the actual numbers.) 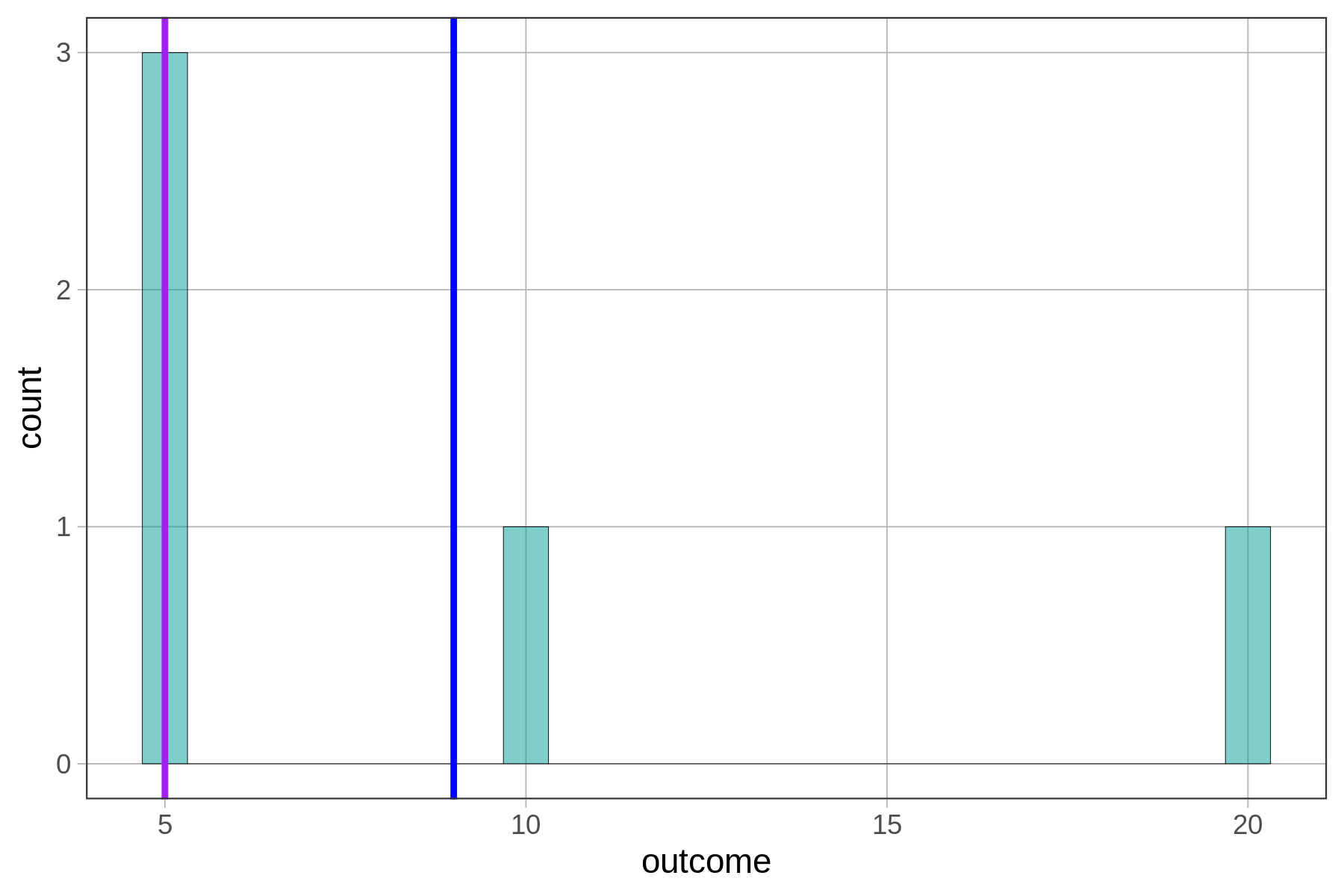 Note there is a related function called gf_hline() that will place a horizontal line on a plot (it takes yintercept as an argument).

5.2 Modeling a Distribution as a Single Number 5.4 Exploring the Mean
Responses
close