Chapter 7 - Adding an Explanatory Variable to the Model

Having now spent some time with the empty model, you may be wondering, “What is the point of that model?” Statistics is supposed to help us explain variation and make better predictions of the outcome based on other variables. But the empty model doesn’t seem to make very good predictions. Yes, the mean is the point in the distribution that reduces the sum of squares to its lowest point. But surely that doesn’t count as an explanation of variation!

Indeed it does not. We started with the empty model but that’s not where we want to end up. We will use the empty model as a reference point to help us see if more complex models that include explanatory variables are better. Note that even though we will refer to models in this chapter as “complex” – they are still relatively simple. We just mean that these models are more complex than the empty model.

Let’s start by reviewing what we mean by explaining variation. Earlier in the course, we developed an intuitive idea of what it means to explain variation by comparing the distribution of an outcome variable across two different groups. 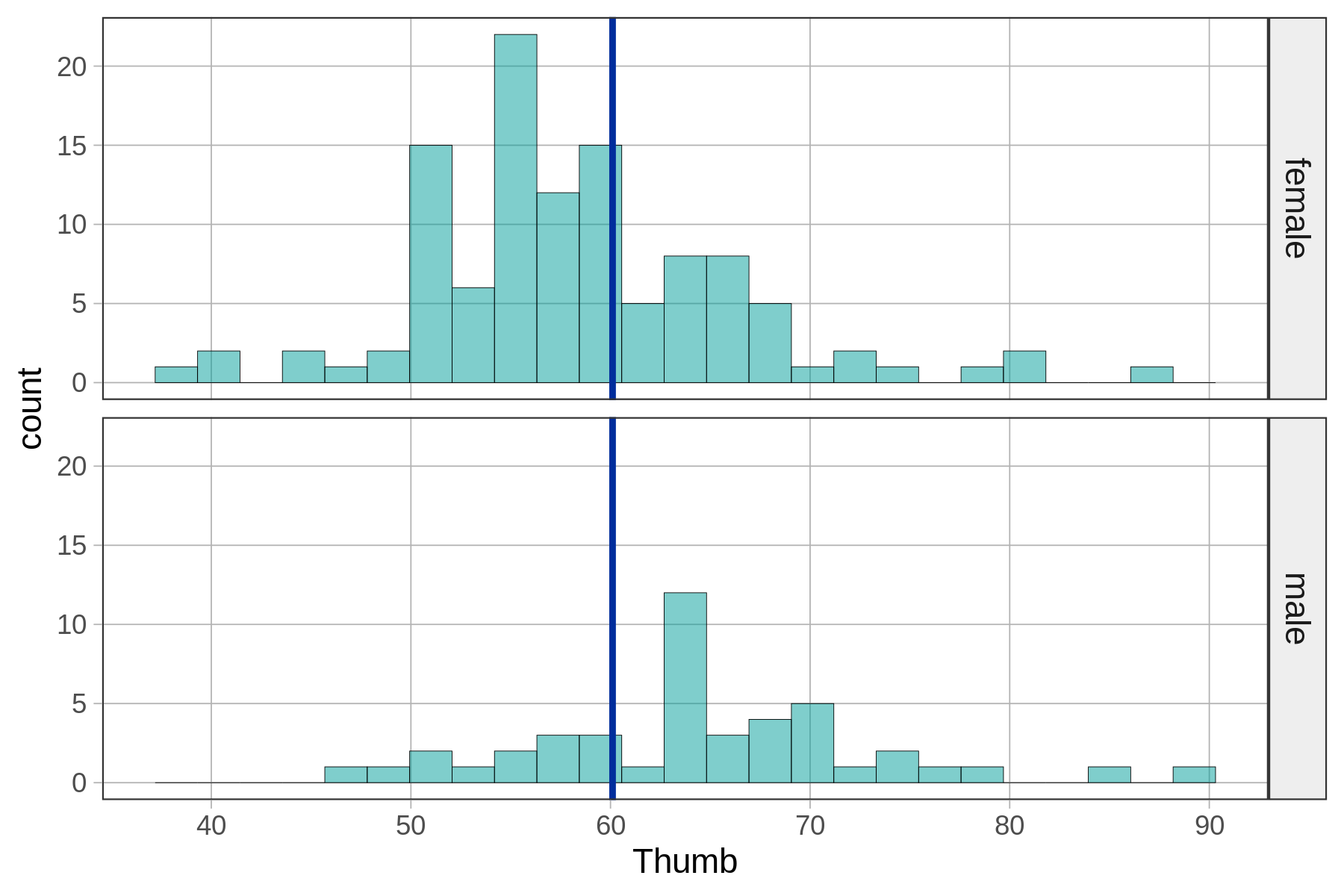 We can look at the same relationship (and empty model) in a jitter plot. 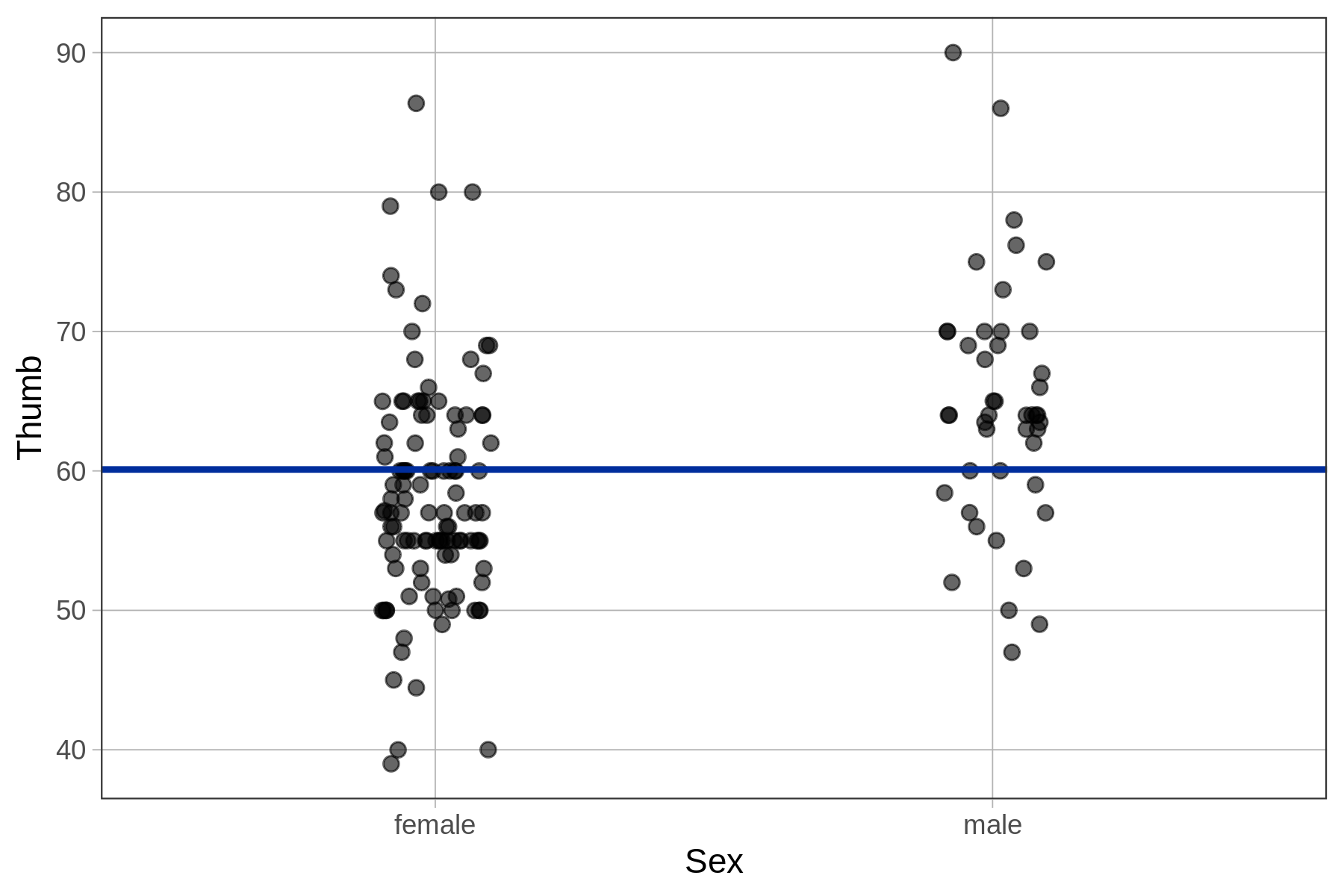 Graphing the data by sex helps us see that there appears to be a relationship in the data between sex and thumb length. Applying our informal definition of explain variation, it appears from the graph that if we know the sex of a student, we can make a slightly better guess about their thumb length.

We can express this relationship between Sex and Thumb informally with a word equation:

We will refer to this as the Sex model of Thumb. Sex doesn’t explain all of the variation in thumb lengths (there still is error), but it does appear to explain some.

In the previous chapter we developed our first real statistical model, the empty model. As it turned out, the best prediction of a future thumb length if we know nothing about the student is just the mean of the outcome variable Thumb. We called this empty model a one-parameter model because our prediction was based on a single estimate: the mean.

Let’s see if we can follow a similar approach to go from our informal Sex model expressed as a word equation to a true statistical model that we can use to make specific quantitative predictions of the thumb lengths of other students not in our sample. 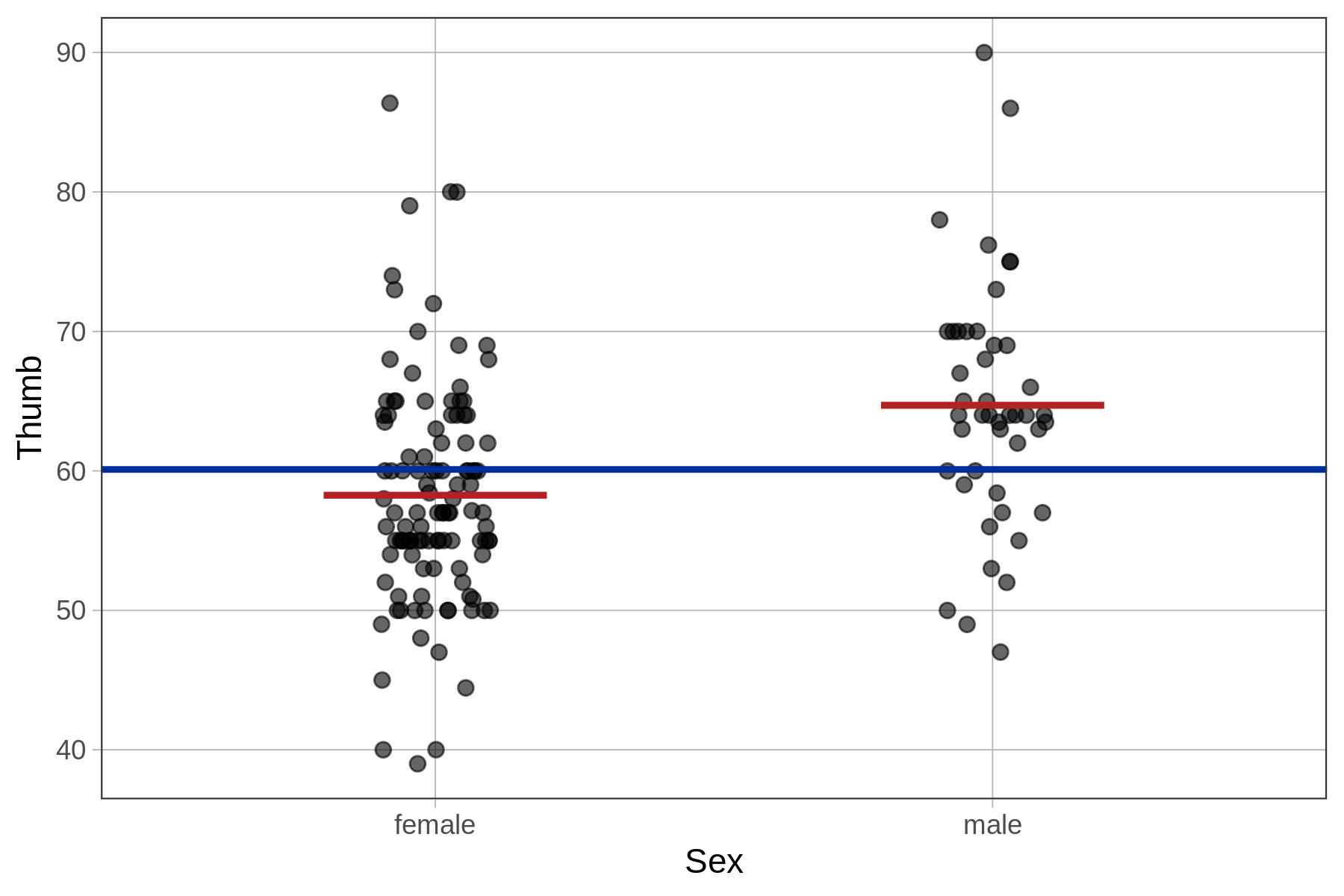 In the following pages we will learn how to use R to fit the Sex model to the Fingers data; how to interpret the parameter estimates; how to write the model in GLM notation; how to quantify error around the model; and how to compare the model to the empty model.