We introduce the idea of a model by analogy. Let’s say you want to estimate the area in square miles of the State of California. (Assume, for the moment, that you can’t just look it up in Wikipedia!) This is not easy, because California is a large and irregularly shaped state, as pictured below. 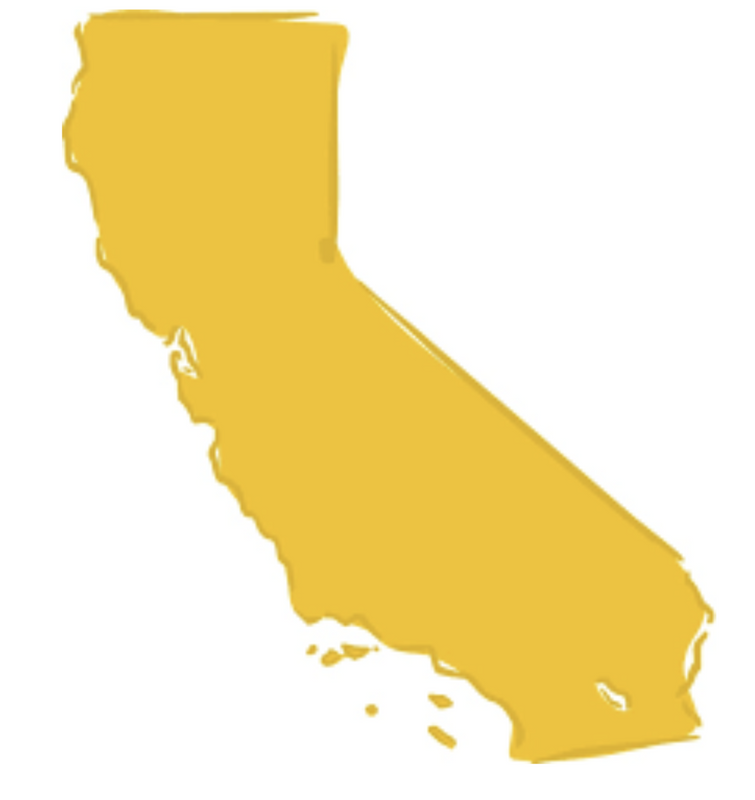 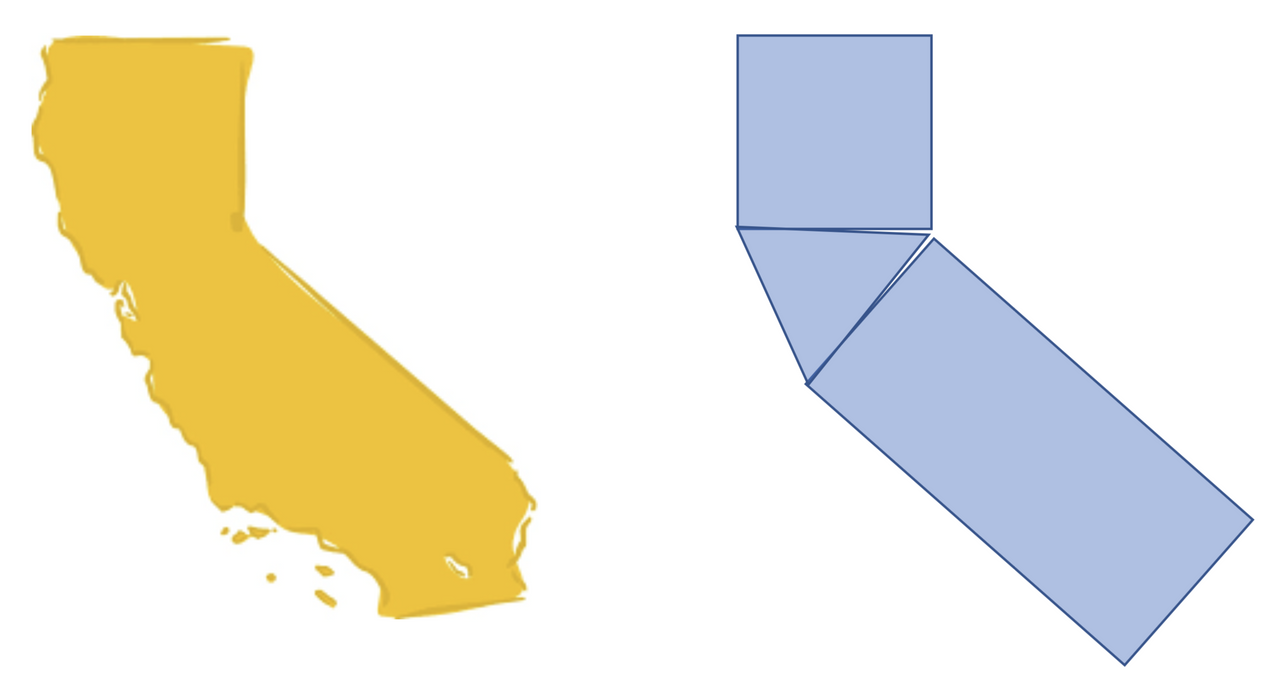 Area of California = Area of Geometric Figures + Other Stuff

Finally, it is also important to note that our geometric model of California is a gross oversimplification of all the different attributes of California one might be interested in. Models are always like this: they oversimplify some aspects of the world, and focus only on the dimension you are most interested in.