8.3 Comparing the Fit of the Two- and Three-Group Models

Examining the Fit of the Three-Group Model

Later on or in more advanced classes you will learn how to compare these two models directly. But for now, we will only compare each model to the empty model. 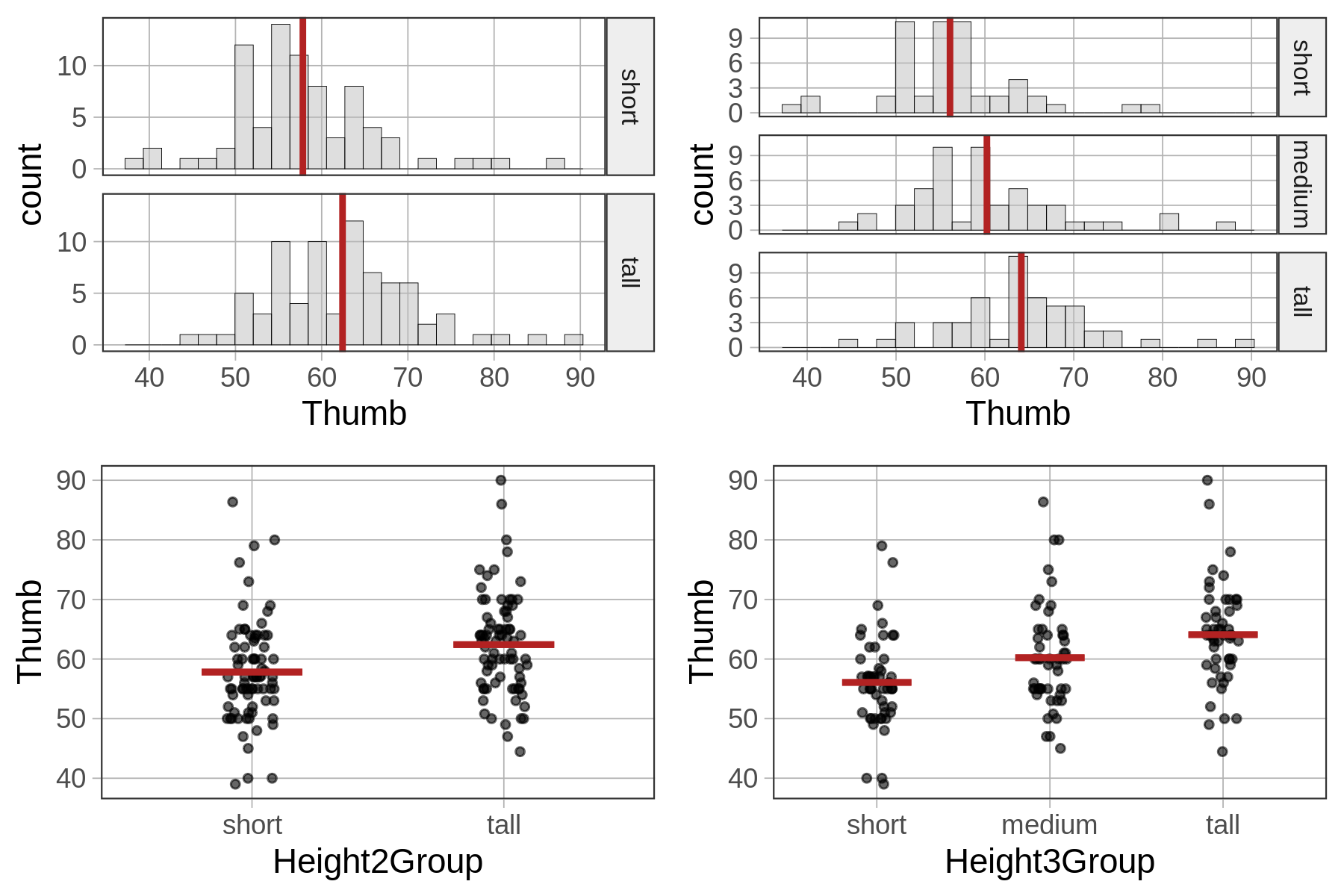 In general, the more parameters we add to a model the less leftover error there is after subtracting out the model. This isn’t always the case, but typically more complex models do have higher PREs. Because the goal of the statistician is to reduce error, more complexity might seem like a good thing. And it is, but only to a point.

There are two problems with this. First, even though the model fits our data perfectly, it would not fit if we were to choose another sample (because the people would be different). Second, the purpose of creating a more complex model is to help us understand the Data Generating Process. It’s okay to add a little complexity to a model if it leads to better understanding. But if we have as many parameters as we have people, we have added a lot of complexity without contributing to our understanding of the DGP.