4.12 Fooled by Chance: The Problem of Type I Error

In order to explore what the results would look like if the DGP were purely random, we can randomly assigned each of the 44 tables to Group 1 or 2. We saved their randomly assigned group number into a variable called random_groups_1. Here are a few rows of Tables showing this new variable.

Make histograms in a facet grid of Tip by the random_groups_1 variable from the data frame Tables. 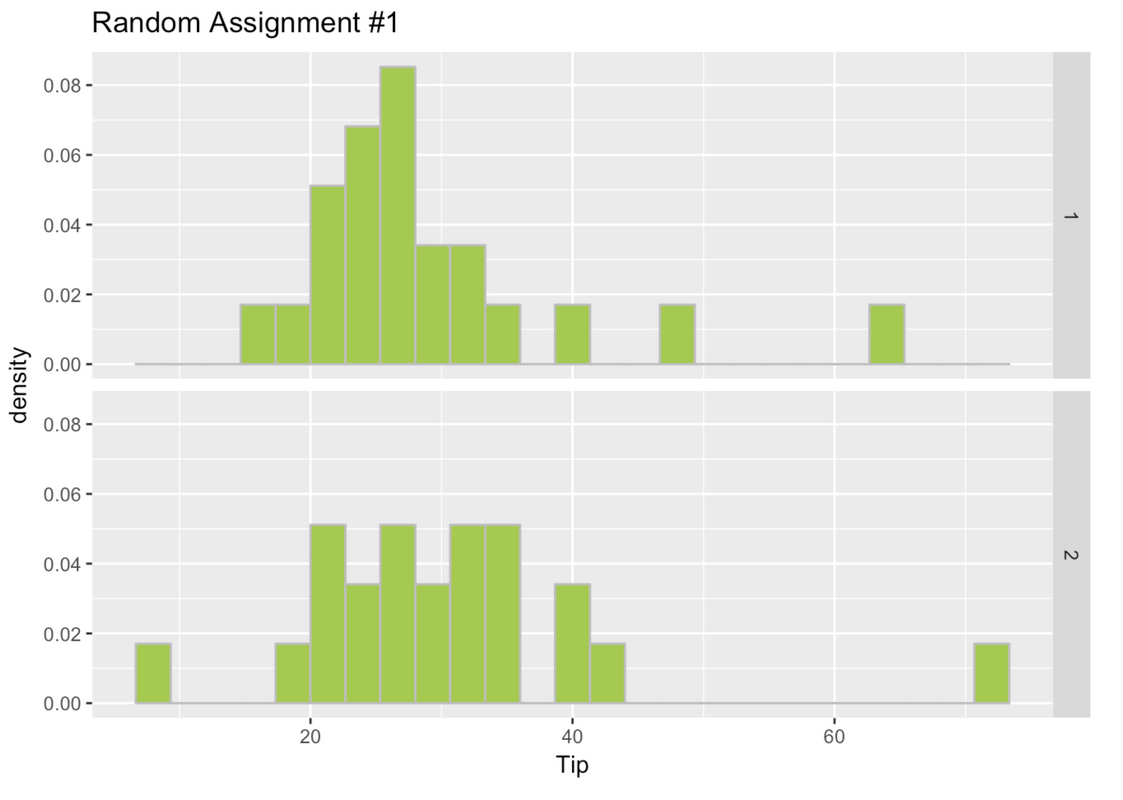 We took these 44 tables and did the whole thing again, randomly assigning them to Group 1 or 2. We put the results in a new variable called random_groups_2. We used a function called shuffle() like this.

Write the code to randomly assign these tables one more time and put the results in yet another variable called random_groups_3. Then print a few rows of the data frame Tables with these new random group assignments. 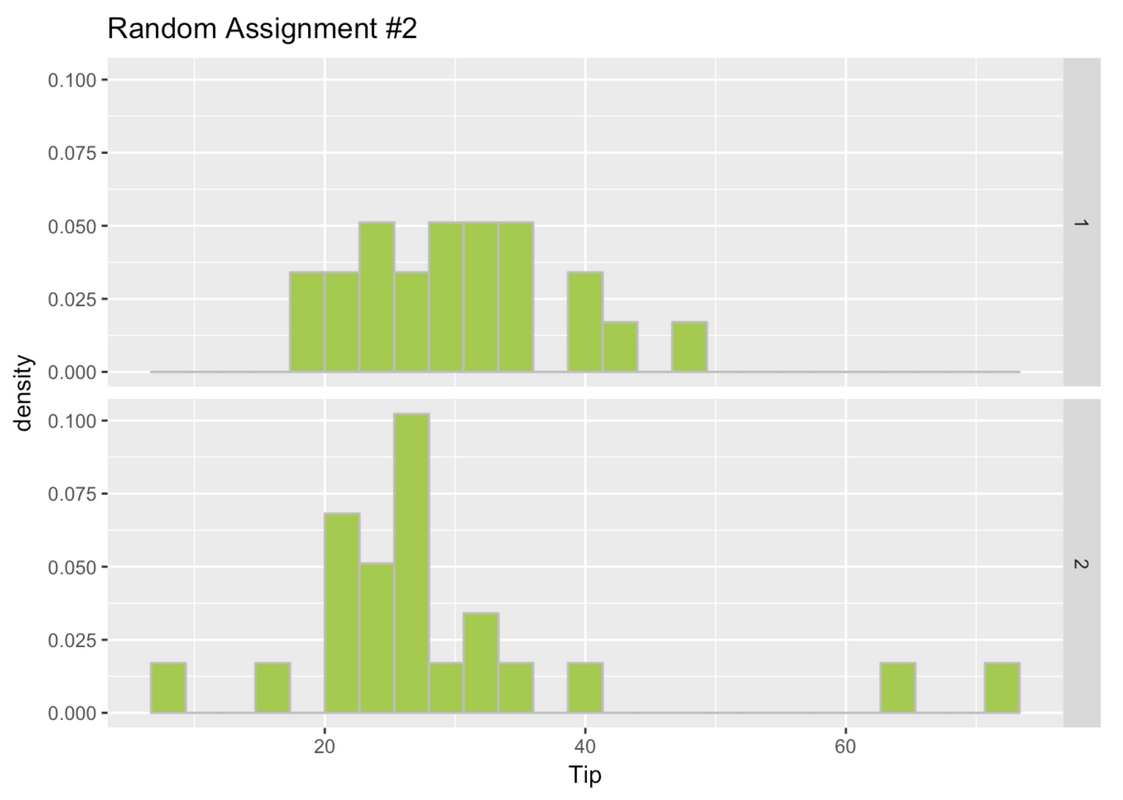 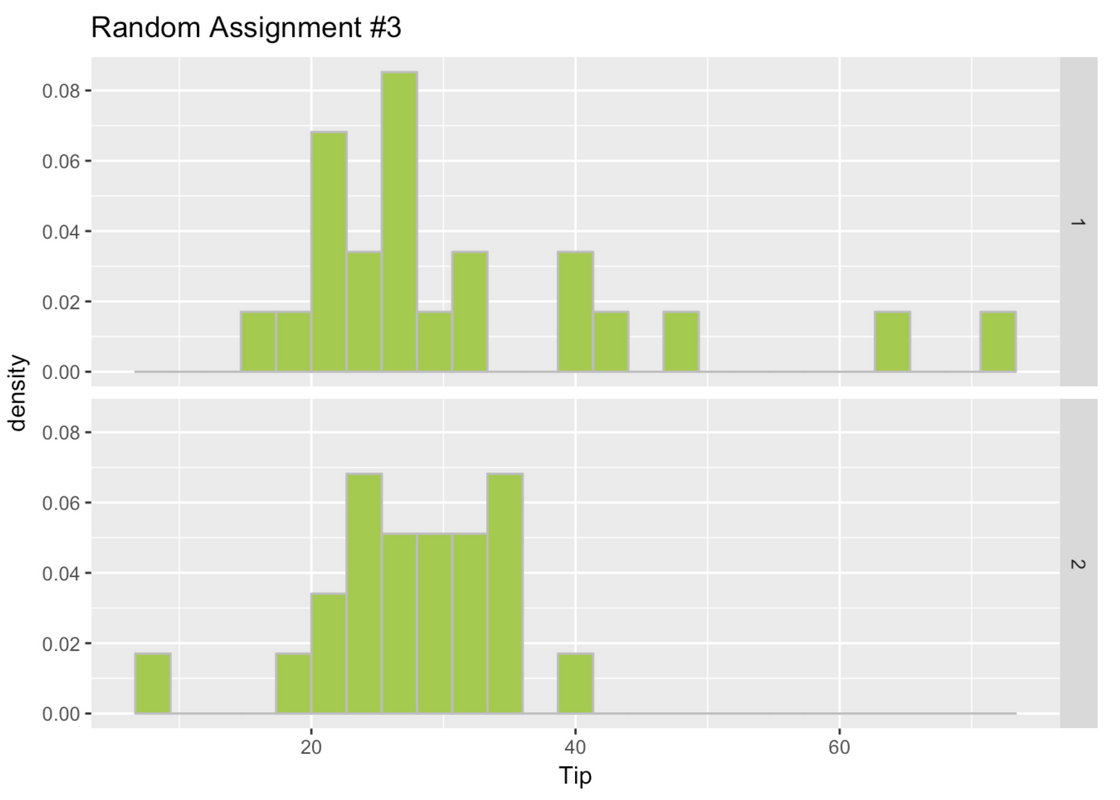 In fact, some researchers actually did the experiment we have been describing and published the results in a 1996 paper. In the actual experiment, 44 restaurant tables were randomly assigned to either receive smiley faces on their checks or not. The tips you’ve been analyzing are the actual tipping data from their study.

The data from the real study included an additional variable, Condition (coded Smiley Face or Control), and are in a data frame called TipExperiment. Here are the first six rows of this data frame. 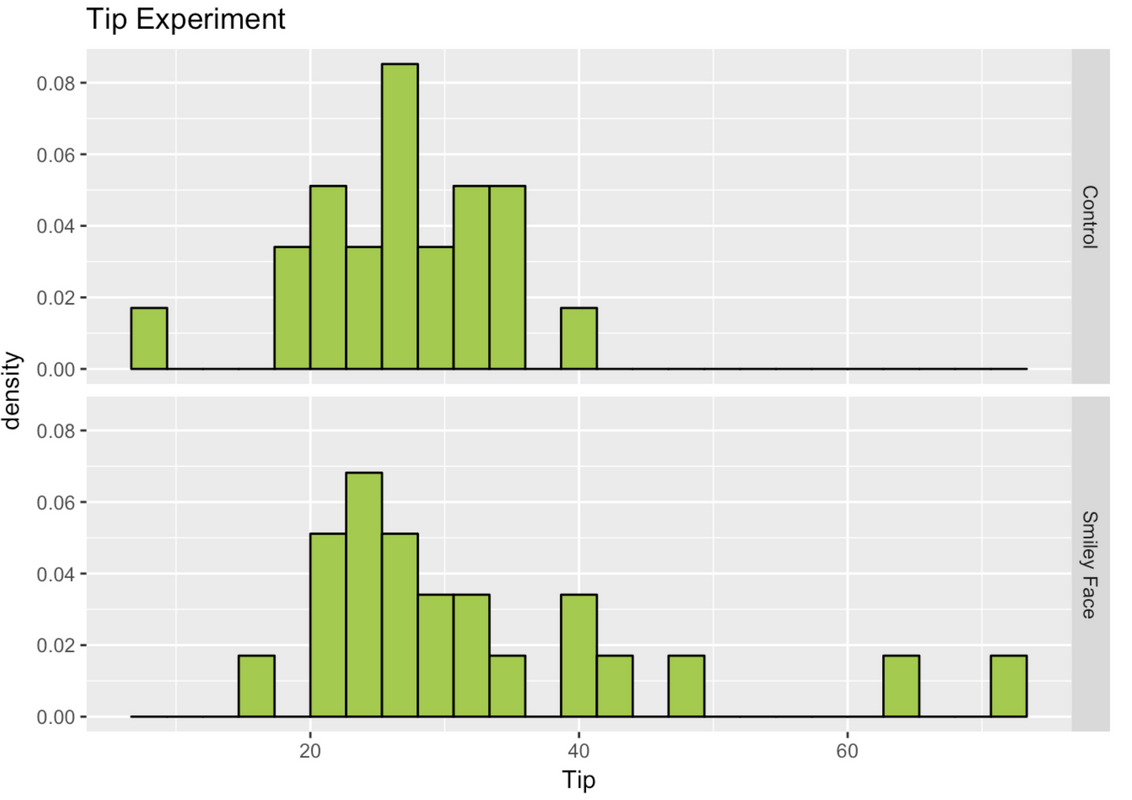