We have introduced two ideas that probably sound quite abstract at this point: sampling distribution and rejecting the empty model. To make these ideas more concrete, let’s revisit the tipping study that we explored previously.

In the tipping study (for reference, here you can download the article for the tipping study (PDF, 419KB)), you may recall, researchers examined whether putting hand-drawn smiley faces on the back of a restaurant check would cause customers to give higher tips to their server. Each table was randomly assigned to receive their check with either a smiley face on it or not. The outcome variable was the amount of tip left by each table.

We can use the shuffle() function to simulate this hypothetical situation, randomly assigning each Tip (representing each table) in the data frame to be in either the Smiley Face or Control condition. 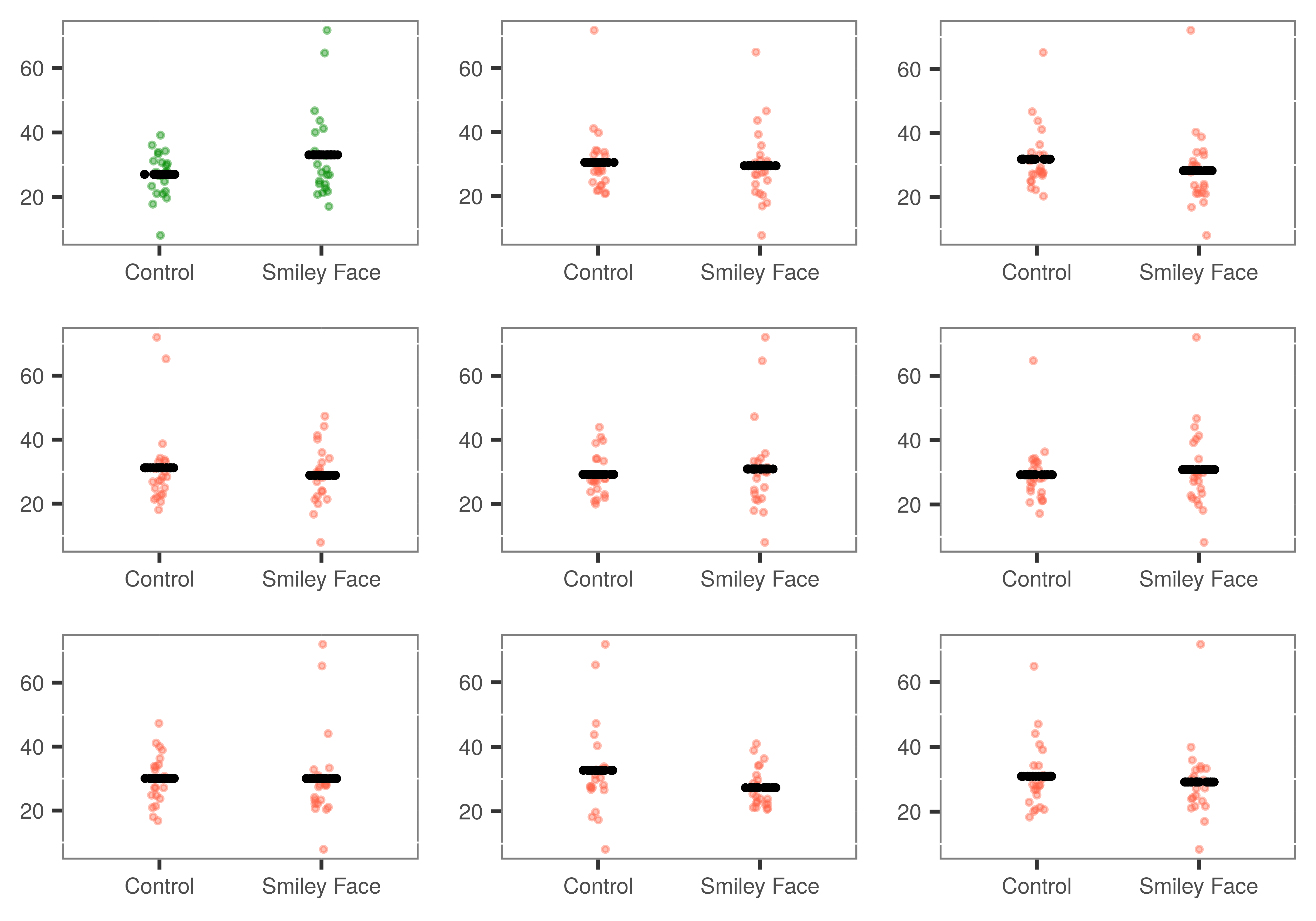