2.6 Sampling From a Population

Every sample we take—especially if they are small samples—will vary. That is, samples will be different from one another. In addition, no sample will be perfectly representative of the population. This variation is referred to as sampling variation or sampling error. Similar to measurement error, sampling error can either be biased or unbiased. 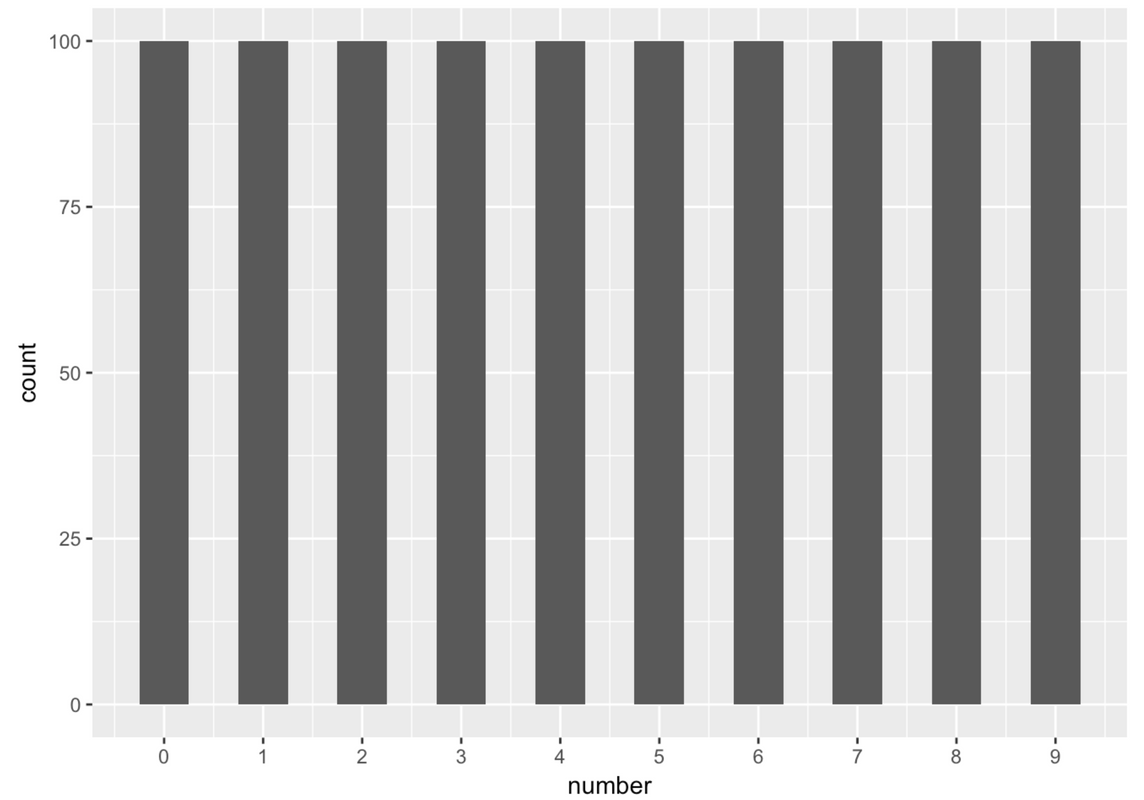 Now let’s take a random sample of 10 numbers from fake_pop and save the result in a vector called random_sample. R provides a function for this, called sample().

Run the code to take a random sample of 10 numbers from fake_pop and save them in random_sample. We’ve also included some code to create a histogram but don’t worry about that part. We’ll build histograms together in Chapter 3.

You can run the R code above a few times to see a few different random samples. You’ll observe that these samples differ from each other and differ from the population they came from. Below we have depicted one example of a random sample of 10 numbers from fake_pop. 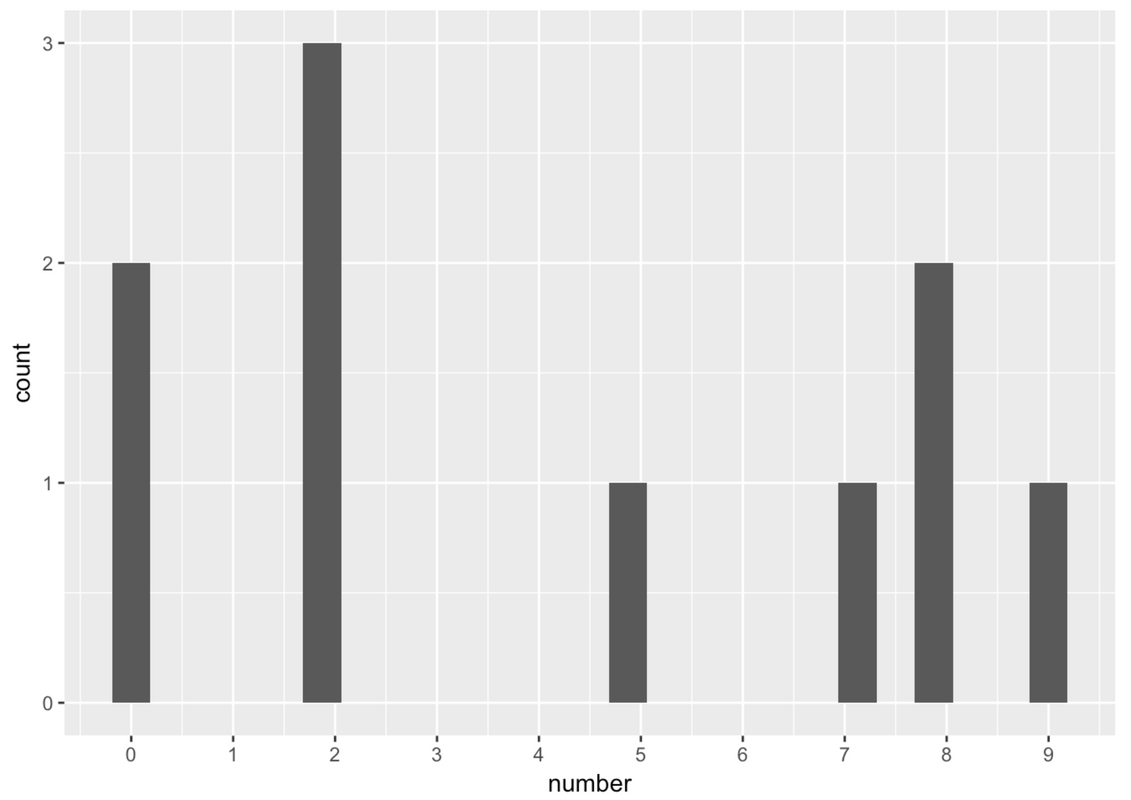